4 Steps to the Ultimate Compelling Villain 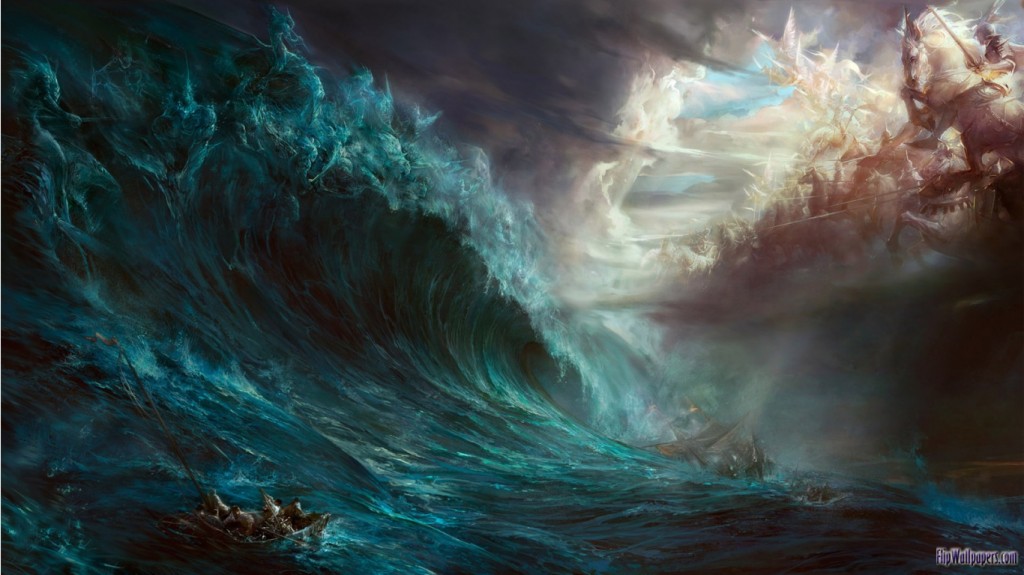 I want to talk about villains. Not the blackened-to-the-core, maniacally twisted kind or the ultimate evil, soul-devouring kind—I’d say genre fiction is all too familiar with stereotypical antagonists of this ilk. No, I want to talk about the villains you love to hate.

Once upon a time in fiction (say, twenty years ago), good and evil were starkly portrayed in black and white. The villains were all soulless monsters, blackguards or psychopaths (or the ultimate evil overlord), and the only thing readers really cared about was seeing the hero incinerate them.

Flash-forward to 2014 to a growing trend in grey or “grimdark” fantasy, which has antiheroes adorning book covers and entire series solely exploring the murky shades of amoral grey. In the YA market, we see a plethora of books featuring fallen angels, werewolves and sparkly vampires all just trying to be understood. Genres beyond fantasy are seeing a similar turn: suddenly we’re looking through a serial killer’s dark glasses, interpreting the world via the twisted logic of a corrupted mind.

The blogosphere is alive with articles questioning the advisability of writing from the viewpoint of morally muddled heroes (or psychopaths and criminals). Does helping the reader identify with a villain’s rationale de-emphasize the victims’ plight? And with so many anti-heroes stomping their devil-may-care way through genre fiction, is the perceived line between good and evil in real life becoming blurred? There are a host of rationales trying to explain this shift of focus. It may be a complex reflection on the state of Man, or it might be simply that after decades of reading the same formulaic stories, genre readers are getting bored with biblical extremes.

For decades, fantasy followed the Tolkienian model of absolutes—ultimate evil versus ultimate good, and the only side foray was into the cravenness of man. There are plenty of great fantasy books that still follow this model, and more hitting the shelves every day. But while I’ve rarely ventured into the twilight of grimdark fantasy, I admit to needing more from my villains now than a maniacal outlook or soul-crushing magic.

In my ideal story, the villains are as frightening as they are intelligent, both compelling and repellant. I want to be inexorably drawn to them and hate myself for it. Because my own epic fantasy series is equal parts philosophical exploration and entertainment, I need my villains to be intriguing, and I need the reader to understand their motivations. There’s value in exploring the grey shadows of moral ambiguity if the journey enlightens us to the real truths of this world.

For those writers interested in creating compelling villains, here are four things to keep in mind:

1. Villains should have a goal that is entirely justifiable from their point of view.

In real life, no one sets out to become the villain. The criminal takes his first steps towards iniquity as a result of some event (or sequence of events) that crushed his self-respect. The greatest conflicts that trouble governments today come not from a diabolical outlook but from the view of a righteous cause. That this cause seems diabolical to those on the receiving end of its hatred is entirely the point—there are at least two sides to every quarrel. Present each viewpoint equally and compellingly, and the reader will become as conflicted as your characters.

2. Villains should have skills, abilities or knowledge that remains unexplained.

While their aims and the motivations beneath them should be explored, the reader shouldn’t understand everything about your villain. That sense of mystery is what glues the reader to the character.

3. Let the reader spend time with them in small doses.

Here again, mystery, mystery, mystery—this is the mantra. Give the reader glimpses. Make them want more time with the character. No matter how terrible his actions are, the reader can usually accept them if given in morsels. Tantalize, don’t gluttonize. The less is more approach works best.

4. Give the reader hope of reform.

Nothing captures the heart of the reader more than the possibility of reform—especially if the reader truly fears the villain as much as they’re drawn to him or her.  There’s nothing quite so effective as hope of reform to endear a reader to a villain. You can drag the reader through enormous turmoil and treachery so long as you maintain that hope of redemption in the end.

What qualities do you desire in your villains? Do you have other approaches that work for you? Let me know in the comments below.