Breaking Up With Your Novel 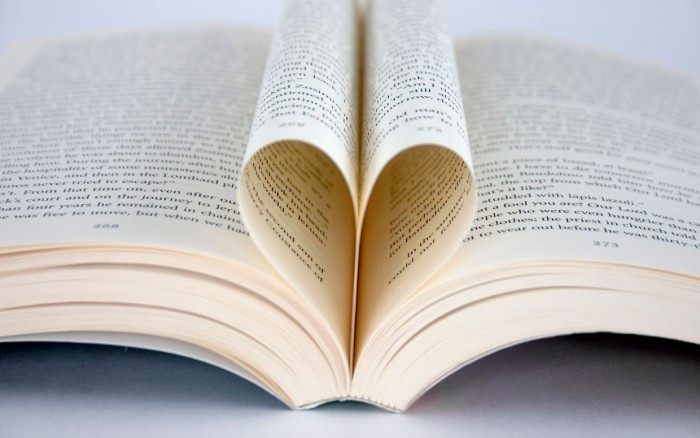 Last week I finished penning the third book in my epic fantasy series and sent it off to beta readers. Paths of Alir was two years in the planning/writing, and the final clocked in around 300,000 words. (It is an epic fantasy. Providing a series is well-crafted, anything short of 250k and epic fantasy fans somewhat turn up their noses). A well-written novel of any genre and length will present characters the reader can identify with, but let me tell you, by the time you’re three books into a series of this depth, you and your readers are deeply invested.

Investment is exactly the point—and the problem. I sent off the manuscript last week expecting to feel that remembered sense of accomplishment, and…

Nope. Nothing like it. Instead of a warm glow, I experienced only a haunting sense of loss.

I don’t know if every writer encounters this agonizing moment upon departing the world of their novel. Perhaps it’s worse when you’re square in the middle of a five-book epic fantasy that’s already pulled nearly a million words out of you. Or perhaps it’s no different from finishing one novel that you poured your heart into for two years, or ten.

Writers often equate their passion for the craft with obsession, even at times addiction. I’ve heard writing a novel analogized as a mistress who jealously demands your creative attention. These are justifiable parallels. As the author, you become truly intimate with your characters. You spend all of your free time with them and (to be honest) quite a lot of time that wasn’t yours to devote (i.e. when you should’ve been focusing on some other task). I regularly warned people in my “real” life that I was only about 60% there. It was a generous estimate—40% was often more true.

In looking at the nature of this author-novel relationship, certain things should’ve been quite obvious to me, yet it never occurred to me until I closed the door on my world how deeply I was in love with it. So much so that pulling mentally out of the world (even knowing it necessary to gain perspective) felt agonizing. I felt like I’d broken up with my novel.

Suddenly I stood in that moment we’ve all experienced: you’ve just shut the door behind a departing lover…perhaps experiencing that duality of conscience in which you start second-guessing your decision to eject this person from your life…realizing with a visceral and all-encompassing regret how much the other person meant to you… I had closed the door on my novel and stood leaning my forehead against that door feeling all of these same emotions.

It should’ve occurred to me sooner that my novel (or in my case, my entire series) and I had been having an intimate relationship. Mayhap I’m the last author on earth to figure this out. In any case, it got me to thinking about the parallels between our novels and our loves. Here are five ways finishing your novel is like breaking up with your significant other:

1. When you’re in a passionate relationship, it’s all you want to talk about. Likewise while you’re passionately engaged in writing your novel. You’ll inundate your friends with unsolicited gushings that sometimes push them to the fine edge of patience. You live and work and eat and breathe with these characters in your head twenty-four/seven. It only follows that they’re the first thing on your mind when it comes time to reluctantly pull out of the world and engage with people who actually breathe oxygen.

Of course, now that you’ve finished writing the novel, here comes that enforced separation. You and your significant other have decided you both need a little space, time to reflect, time to work on yourselves, perhaps. You seek comfort in friends, ex-lovers…new lovers (relationship rebound)—new books, new manuscripts, but none of them hold the same luster as the novel you just completed. And no matter who you’re with, now that you’re no longer together with your novel, all you can talk about is how you’re not together anymore.

2. Intent on staying out of the novel’s world for a while, you find yourself going to all the places you used to go together, only now you’re going there alone. Your morning tea or coffee…your stop by the bakery…your shower, your morning run or drive to work… Always before, you and your novel shared an intimacy in each mundane moment. Now you feel the novel’s absence in everything you do, and the world has lost some of its magic.

3. Suddenly you can’t listen anymore to the soundtrack you’ve been glued to for the last three months—or any song that reminds you of your novel, your characters or the world. Instead, you find yourself returning to those old breakup favorites, mulling over the pervasive feeling of loss that is gripping you, wishing your beta readers could read faster so you could at least talk with them about your novel love.

4. While you’re waiting for your beta readers, maybe you’ll return to an earlier manuscript or a short story with the same characters and linger there like a voyeur, observing the characters from afar like you’d watch your ex at a restaurant or a bar with friends, not daring to intrude or interact. They were your friends, too, but now you feel estranged from them.

5. Lastly—almost worst of all—you’re beset by the nagging, ruthless worry of whether or not there’s another novel out there for you. Will you ever be able to find the same magic in the next book that you found in the one you just finished writing? Can your next book ever be as well-crafted, as wondrously inspired? Will you ever find another novel idea that feels as true, or that touches you as deeply?

How can a conglomerate of symbols representing thought take on such life and feel so real as to engender such an emotional upheaval at its end?

And how often we writers equate our novels with lovers or children or the labor of birth, implying an explanation-defying yet truly intimate connection with a work that has no substance, no mass save printed ink on paper, and no recognition of us—its author—whatsoever, and yet is unequivocally an entity with which we’ve interacted, reasoned, worried, slaved over and—ultimately—fallen in love with.

Have you had a similar experience finishing a creative work? What parallels have I missed? Please share your thoughts. Misery loves company. 😉