Dagger of Adendigaeth on Audible (and Maybe Something About Kingdom Blades) 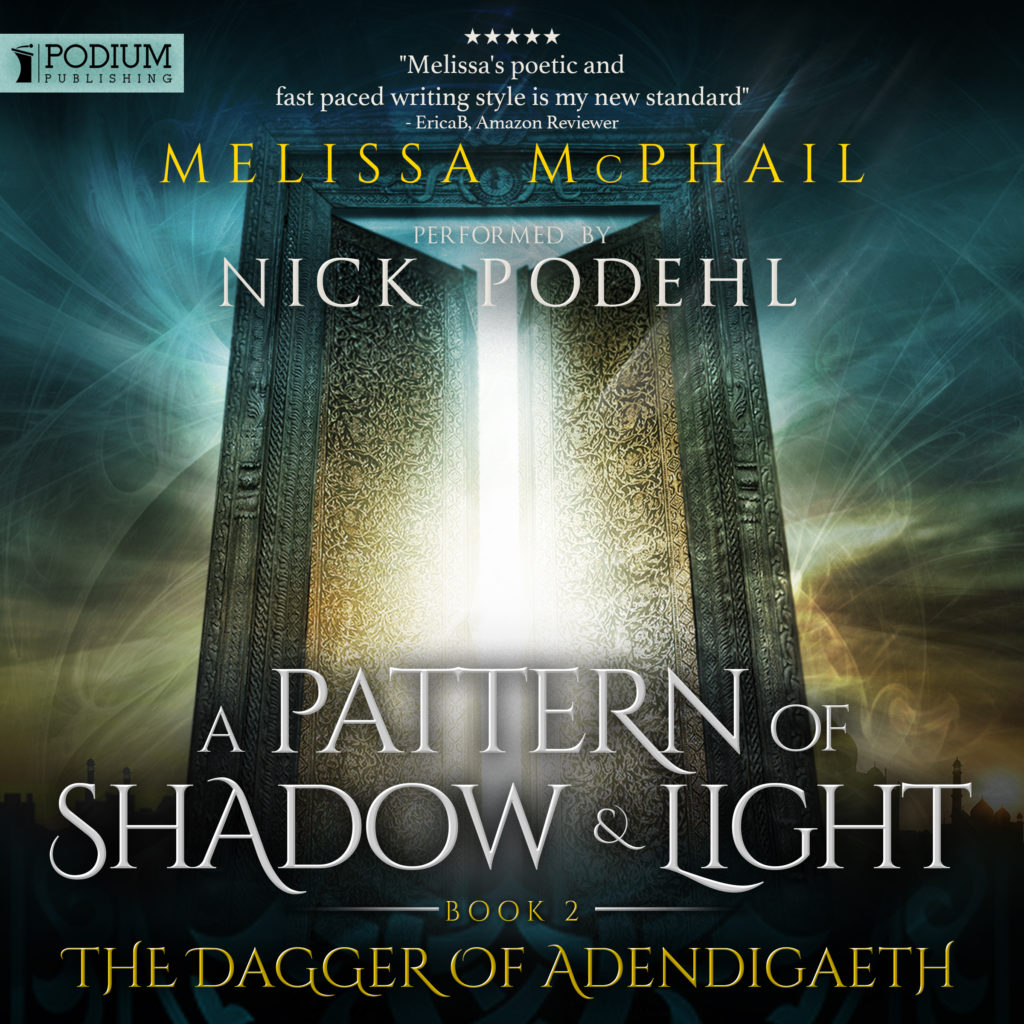 Today the audiobook edition of The Dagger of Adendigaeth releases on Audible. Yay!

Grateful thanks to Podium Publishing and the talented Nick Podehl for bringing my award-winning fantasy series to audio life. (I have to say that for SEO purposes – not just trying to toot my own horn, here). Dagger is set up with Whispersync, for those of you wanting an immersive experience. For some reason there is a delay on getting the Whispersync functionality available for Cephrael’s Hand, but I’ve been assured it’s in the queue.

My deepest gratitude to those of you Audible listeners who posted ratings for Cephrael’s Hand. It’s gathered over 200 ratings and a 4.5 star average since its release at the end of July. Please think about rating Dagger also. Your reviews and ratings are truly appreciated!

If you’re adventuring through the series on Audible, you’re probably very excited to read this post. If you’re waiting for news on A Pattern of Shadow and Light Book 4, you’re probably cursing me and asking yourself, “Why isn’t this about Kingdom Blades?”

Since I know you so well, the rest of this post about Kingdom Blades.

The good news is Kingdom Blades is fully out of my hands. Now you’re probably saying, “That doesn’t sound like such great news, Melissa,” but the reason it’s good news is because it means the book has finished the editorial process and has moved into production.

And so…(drumroll please)…Kingdom Blades will release on ebook on October 28th.

“WHY SO LONG???” (see, I know all of you are asking this in ALL CAPS with three question marks).

You have instinctive insight into the publishing industry and know, in truth, that I could release the ebook on Amazon probably tomorrow. Well, it does have to be formatted for Kindle and Nook, et al, but that work aside, yes, your instincts guide you true. It could be released sooner. But if I did that, there is no chance of the print editions being released at the same time. The chance is slim as it stands right now, but as Fynn, Carian and Trell would all claim, slim is still a chance for success (and while they would all be making this claim for vastly different reasons, the point remains valid).

Now, I know you ebook people are special, but what kind of inconsiderate publisher would I be if I only saw to the needs of my ebook readers and ignored those traditional readers who desire a book in their hand to truly enjoy the experience? I won’t be accused of discrimination. So I’ll take that slim chance and pray to the stars that Amazon and others will have the print editions uploaded in their catalogs by October 28th so everyone can have an early Christmas.

When I know more, you’ll know more. In the meantime, you can enjoy a refresher by listening to the series on Audible! And hey, if you’re one of those people, drop me a line on how you’re enjoying it. I would love your feedback.