The Treatment of Sexuality in A Pattern of Shadow & Light 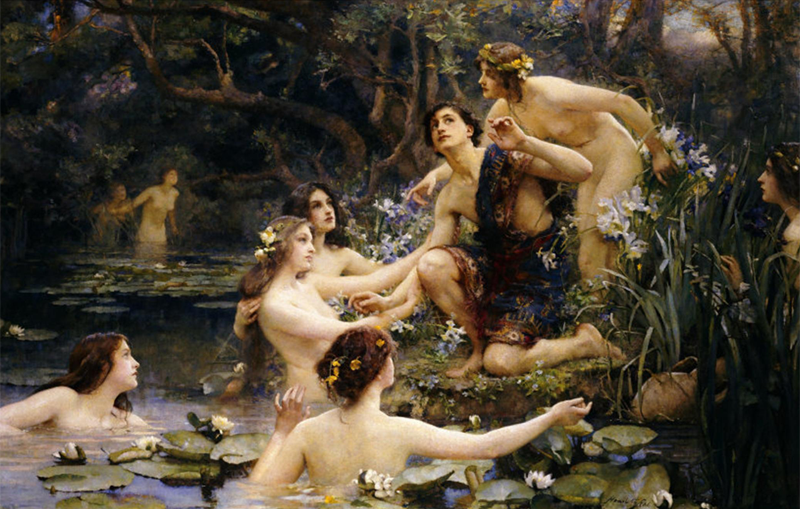 And if it is not my intention to veil homosexuality in a negative light, how is it that with three books now out in the series, I still haven’t corrected this situation?

Please let me begin by admitting my own frustration in not realizing from the outset that I had failed to present a balanced view of sexual preference. Looking back on Cephrael’s Hand and The Dagger of Adendigaeth, if I had realized while writing them that I was creating a negative association regarding homosexuality, I would have tried to find more viewpoints to present to my readers. It wasn’t until after the publication of Dagger that a reader pointed this out to me, and it saddened me to realize that I’d missed this.

I try to explore as many viewpoints as possible when working through a draft, but it is difficult to adopt every potential viewpoint and predict every possible reaction that my readers may experience. I make this statement in earnest, because I really do ask myself how a scene will be viewed by different people. My entire job involves framing a readers’ view to specific perspectives. If I can’t look at a scene from multiple viewpoints to begin with, I can’t do a very good job of reframing those viewpoints towards what I want my readers to see. So this is actually quite important to me.

When I began writing A Pattern of Shadow & Light, I had no idea that so many thousands of people would connect with it. I wasn’t thinking of my readers as falling beneath different social labels. I wasn’t breaking them into demographics. I was just writing a story to entertain myself and hoping that others would be entertained as well.

But as the story has grown, its impact has become visible to me. It can and very definitely does create emotional responses, and it often impacts readers’ viewpoints—for some, even their lives.

Now, I could hide behind my title as a fiction author and say, “This is just fantasy, people. Don’t take it so seriously.” I could say this story is simply escapist, but in truth, it’s a philosophical treatise disguised as fantasy. That the characters happen to be engaging and the story rather entertaining doesn’t change the fact that my work also delves deeply into moral and ethical conflicts. Five years into the series, I see my responsibility in this regard.

So what’s my explanation as to the initial question? Why haven’t I yet presented a balanced view of homosexuality?

While it might seem like an easy fix, I can’t just suddenly start throwing bisexual or gay characters into the story to create a balanced view of peoples of differing sexual choice.

Well…I suppose I factually could do this, but while that might serve the purposes of my LGBT readers who are asking me to present that balanced view, it unfortunately wouldn’t serve my purposes at all.

I invite you to take a walk with me in my viewpoint for a moment:

In our current society, the innate human right to love as we choose is being dictated by individuals who claim the power to limit others’ freedoms because of their personal religious beliefs. Yet prior to the advent of the Abrahamic religions, homosexuality was so common that the Greeks didn’t even have a name for it. The Roman patricians were expected to take younger male lovers. The ancient Persians had complicated structures for courtship in same-sex relationships. Many ancient civilizations looked upon such relationships as a viable means of population control. This is our human history.

While I believe we all have inalienable human rights, I’m not writing this series to advance anyone’s socio-political agendas—not even my own. Moreover, though it would’ve appeased my LGBT readers, I’m not interested in merely presenting a balanced view of sexuality.

No, I want to present an idea that I feel is infinitely more important. It derives from the question, are we spiritual beings, or are we merely meaty bodies evolved from primordial mud? And if we are spiritual beings, then the gender involved in the expression of sexuality is absolutely inconsequential; the only thing which matters would be the intimacy shared between two immortal souls.

Now, bringing readers to an understanding of these ideas, whether or not they even agree with them…this requires a lot of words, a host of related experiences, a multitude of characters whose story threads illustrate the concepts from many different perspectives. To bring readers who are not already sensitive to these ideas up to a point where they may become sensitive or receptive to them means creating characters they can first identify with. That also requires a significant investment of story time.

I admit it would’ve been more socially responsible of me to have introduced a balanced view from the outset. But having failed to establish any particular sexual ambivalence early in the story, to simply throw some in there now in order to “try to balance it” feels very out of context.

For example, while writing Dagger, I considered presenting the backstory of Raine D’Lacourte’s love affair with Cristien Tagliaferro (another truthreader we met in T’khendar, and a member of Björn’s Council of Nine). I thought of introducing their past as lovers, or even more explicitly implying it, but I worried that to suddenly introduce Raine as bisexual without any context by which to frame that information would violate the reality of too many of my readers. I feared people would ask, “why is she introducing this here? For shock value? To appease someone’s protest? What purpose does it serve?”

Moreover, Raine had become too tenuous a character in people’s estimation. He wasn’t someone they looked up to at that point; he didn’t lead the reader’s opinion. It wasn’t the right time to also introduce him as bisexual. AND there was really no way to introduce his history with Cristien without introducing an entirely new theme into the story, one which would’ve taken too long to develop properly.

When I introduced the scenes with Isabel and Pelas in Paths of Alir, it was with the express purpose of being able to open the door into this larger exploration in book four of the question: are we immortal beings, or are we just the bodies we inhabit?

The theme will be explored via Ean and Isabel’s thread, as well as on Tanis’s storyline in a way that is different from Ean’s exploration. Pelas’s story thread will touch upon it. Hints of it will be seen in other threads also, and Trell will be dealing with it directly in mediating a relationship between two of his captains.

The Prophet and Kjieran will reunite in book 4 (yes, I really said that), and their intimate relationship has a major impact on Darshan’s growth and development.

Through these explorations, I very much hope to present some different viewpoints on sexuality for my readers to think about in more detail, or not, as they desire.

I understand that A Pattern of Shadow & Light as it’s currently written has made the first three books difficult in places for my LGBT readers to experience. I’m truly sorry for that. If you’re one of those readers, I encourage you to think of the (eventually) five books of the series as installments in one continuous story, rather than as individual books. There are many themes and ideas that I’ve presented which require multiple books to finally reach an understanding upon. Some of these concepts will not be presented in their fullness until the conflict itself is finally resolved (we hope) and the story concluded with the last book of the series.

I hope you will stick with me unto that end.