Author Q&A and a Plea to Aspiring Writers 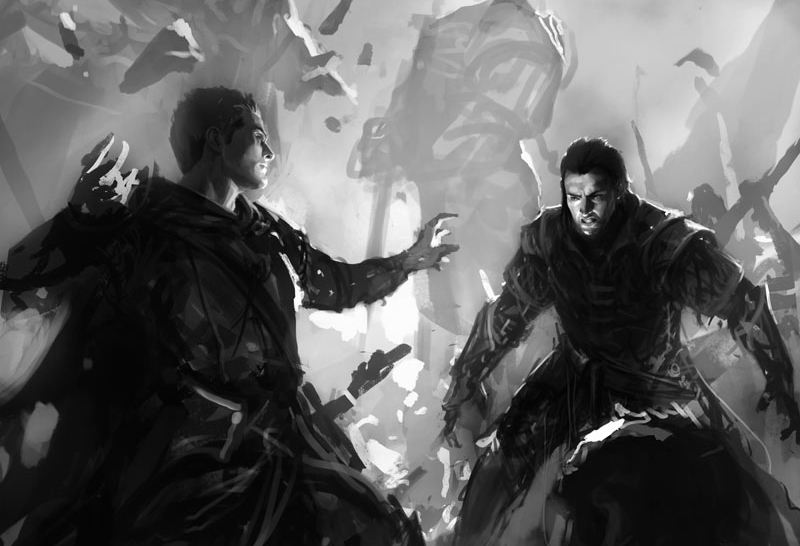 To my readers: please know how much I appreciate your emails, mentions and comments!

Recently, many of you have written to me asking similar questions. I thought it would be best to answer all of you here on my blog in order to give your questions adequate address. I’ve lumped your questions together into these three:

“What inspired you to write A Pattern of Shadow & Light? Where do you draw your inspiration from?”

I began writing the story during a difficult time in my life. It’s long been my way when the going gets rough to seek refuge in different worlds (those of others or my own), and writing provided a vital escape. I channeled the stormy energies of my situation into something bright and hopeful. I wrote everything by hand.

That first adventure in Alorin was a very different story, full of arcane stones, elusive sorcerers, quests for magical talismans and talking dragons—every clichéd trope imaginable. But that initial foray into Alorin produced something important: the characters of Ean, Tanis, Alyneri, Björn and Phaedor. These characters arrived on the page fully formed, clothed in their attitudes, carrying lanterns of intention. They changed very little during the subsequent years, even while their entire world was changing around them.

My understanding of them as individuals grew as Cephrael’s Hand evolved—through thirteen iterations and a multitude of working titles (An Odd Sort of Magic, The Truthreader, The Fifth Magic…among many others). Along the path to final form, I churned out and threw away over a million words.

Did my situation at the time inspire the story? I don’t think so. I think the truest answer is that the characters inspired it. I fell in love with them. They became so real to me, so indelible in my thoughts, that I couldn’t abandon them—though many times I erased the entire picture around them. I cared so much about introducing them to others that I pushed myself to come up with a story worthy of their involvement. A story worth telling.

The Laws of Patterning are based on this world’s physics but with a magical slant. I posed the question to myself of how energy might manifest in a world where human life could directly manipulate it. I translated some basic energy axioms into the vernacular of elae, and the rest followed quickly.

The laws are easily expandable since they’re based on an understanding of the interaction of energy in this (real) physical universe.

“What was your thought process in creating Alorin’s world? How do you develop and create these places, people and ideas?”

I talk a bit about story development and my process in my post on How to Avoid Cliches (or the 4 Things You Must Know Before Starting a Novel). To summarize here: I write organically using milestones. These are scenes I’ve envisioned that more or less chart out a character’s story arc. My goal is to take each character from one envisioned milestone to the next. When you have twelve viewpoint characters, that’s still a lot of scenes to envision.

I try to chart out a character’s path with major scenes plotted through the first half of the book. I don’t bother with the last half because I know each character’s path can change drastically along the way.

I don’t develop lands or peoples ahead of time. I develop them when I get to them, when the story calls for them. In those moments when we reach a new city or need a new character, I’ll pause and ask myself, “what would be entertaining here? What kind of character would be interesting to meet or fun to write?”

I’ve never created a character to fit a certain role (hero, sage, best friend). I can’t think with those kind of mechanical techniques. I often feel like the characters develop themselves; I provide the initial description, but who they are, who they become…this is sort of up to them. I get to know them through their dialogue and interaction, just like you.

Yet there are times when the character just appears, fully formed, the moment I get to him or her in the story (Thrace Weyland in Paths of Alir is such a one); there the character stands, smiling and ready to take his position in the story, as an actor hovering off stage anticipating his cue. Isabel is a similar example. Years ago I got the idea of a woman who could fight blindfolded with a staff. I held the description in reserve for the right character, but when I gave this description to Isabel, she emerged on the page as Isabel. The blindfold and staff contributed to her overall mystique, but in no way did they define her (as I had initially intended them to do). Isabel brought all of her beingness with her the moment she stepped into The Dagger of Adendigaeth.

To create Alorin’s varied kingdoms, I borrowed customs and cultural traditions from earth’s earliest empires: Greece, Persia, Babylonia, India and Rome; civilizations that inspired me with their ideological philosophies, religious mythology and folklore.

“I’ve always wanted to write. Do you have any advice for aspiring writers?”

I encourage everyone to follow their creative passions. If writing is yours, my suggestion is this:

Read my post on the 4 things you must know. Then start writing!

Or better yet, forget all the advice you’ve ever heard except this: a writer writes (and as a corollary, a writer also reads). If you’re observant of other works in your chosen genre and have the desire within you, don’t quash it by spending all your creative energy laboring over the details of story structure. In my view, that’s putting the cart before the horse (and then twenty carts before the horse), until you have those carts piled so high you can’t see anymore the story idea that once had you so excited.

Just start writing. The rest will come along the way.

If you have other questions regarding A Pattern of Shadow & Light or my writing process, leave them below!