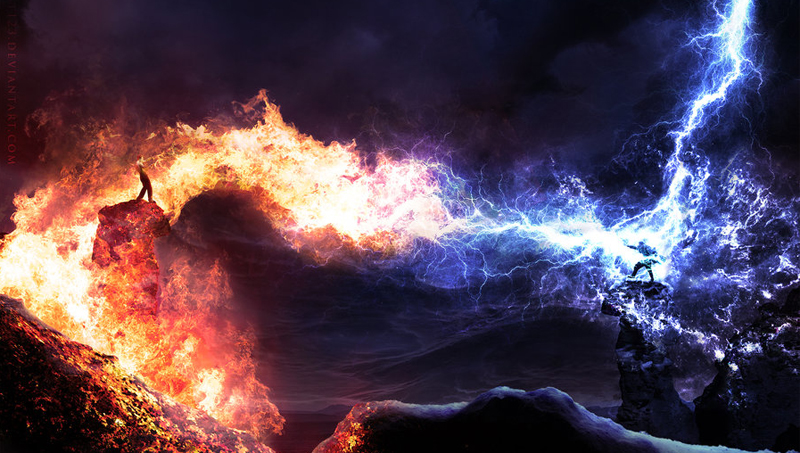 Artwork by ShortCircuit123 on deviantart.com

A reader wrote in to me recently and mentioned that while she didn’t have the same visceral reaction to a particular scene (no spoilers) as many other readers had, she didn’t like that one of the characters had to use sex as part of the resolution of the conflict in that scene.

This is very interesting to me. Of course I put a lot of thought into why I took the route I did with the scene. The circumstances open some important (I feel) explorations for Kingdom Blades, A Pattern of Shadow & Light Book 4, and give a whole new look at immortality.

But these themes aside, I try to write my fantasy series with a grounding in reality. Even though you’re reading about fantastical characters dealing with epic problems, you should be able to find some real-world underpinning for every scene and situation. We all face conflicts of morality, of personal choice and consequence; conflicts that make it difficult to find balance in our lives. Our work and home life battle each other; our friends struggle with infidelity, divorce, abuse; our religious beliefs and practices cause friction with our neighbors or co-workers; we fight not to let our dreams for our children outweigh their own.

The confront of difficult topics grounds my series. And the truth is, a lot of people use sex as a resolution. I wasn’t trying to make any particular point about this by having the character solve her problem that way. I don’t take sides or pass judgment on the topic—here or in the story—yet to have written the scene any other way…it wouldn’t have been as true, as real, as honestly conflicted. It wouldn’t have opened the door to the future exploration I mentioned above for Kingdom Blades. If I’d solved it for her in a way more appealing, more politically correct, I would’ve been shying away from an important view into the subject and doing you, my reader, a disservice.

My characters feel like real people because they make choices that real people would make. Sometimes it’s impossible to make a choice without hurting someone in the making of it; sometimes our only choices are the lesser of two evils. Sometimes there is no easy way out of the morass we create for ourselves. Holding to one’s integrity in such situations can feel truly torturous.

My point in putting these kinds of conflicts into my story isn’t to lecture anyone; it’s to raise the questions, to highlight a particular aspect of our lives that often goes uninspected because it’s difficult to confront, controversial; because it makes us feel uncomfortable, or it’s just painfully complicated. Sometimes there aren’t perfect resolutions to problems; sometimes we have to live with unhappy consequences.

But the more inspected these situations are, the more likely we are to face them with integrity and strength. So I present these situations in a fantasy setting—not as my soapbox, but for your inspection. For your evaluation. For you to think about, converse about—argue about—take personal interest in, or discard as unimportant.

I love that this reader was unhappy with the decision this character made. I love that she thought to share that with me. I love the discussion that’s arisen as a result of that scene in Paths of Alir. Look at how many people are inspecting and talking about that character’s choice! Look how many people are worried about how it can all possibly be resolved (assuming it even can).

So yes, while the scene has raised a lot of hackles, it’s also gotten a lot of people to peep into a shadowed corner of life.

With all of these conflicts, I try not to spend too much time dwelling on the difficulties; only just enough time to make the character’s plight real to you. Then we move forward into what is ultimately meant to be an illustration: one character’s way of dealing with things (or sometimes several ways of dealing with a similar situation, spread across multiple characters). My hope is that you find these explorations compelling, even when they make you uncomfortable.

And never forget—even with all that has come to pass—it’s my firm belief that everyone can find redemption in the end. You should be able to find this theme prevalent in the story, also.

As always, I welcome your thoughts on this topic. Please share them in the comments below.